Hello there. This is a weekly category I'm working on. I think it's a cool idea to discuss about figures and waves that hopefully, hopefully we'll have in our hands one day.

So, let's get started. 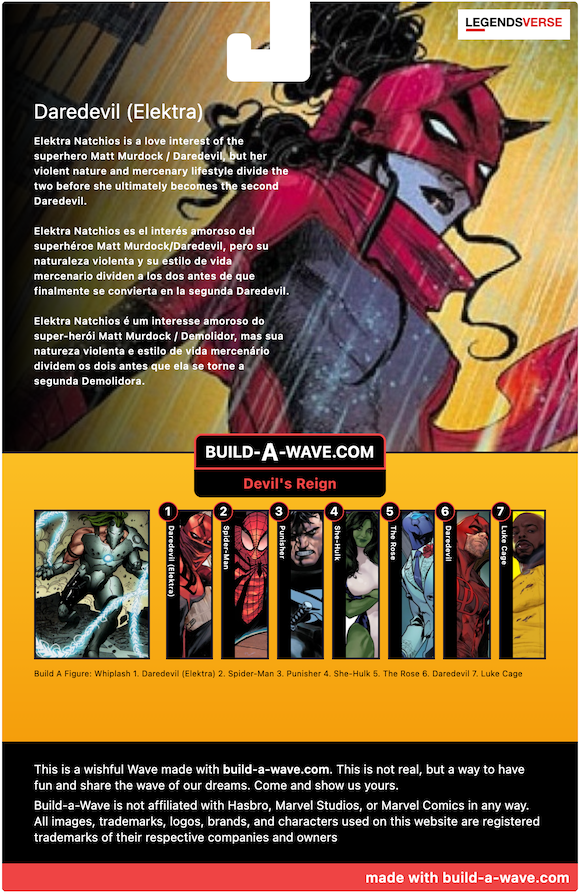 Elektra it's one of the characters from Marvel with more history, and after she took the Daredevil mantle, her character just got better. I would love to have an Elektra figure with forks and two different head sculps, one unmasked and the other masked

I'm not a big fan of this Ben Reilly arc. And don't get me started with the final issue of Beyond. But I gotta say that the new suit looks great, and it would be very cool if we could get an unmasked Ben Reilly for a change. 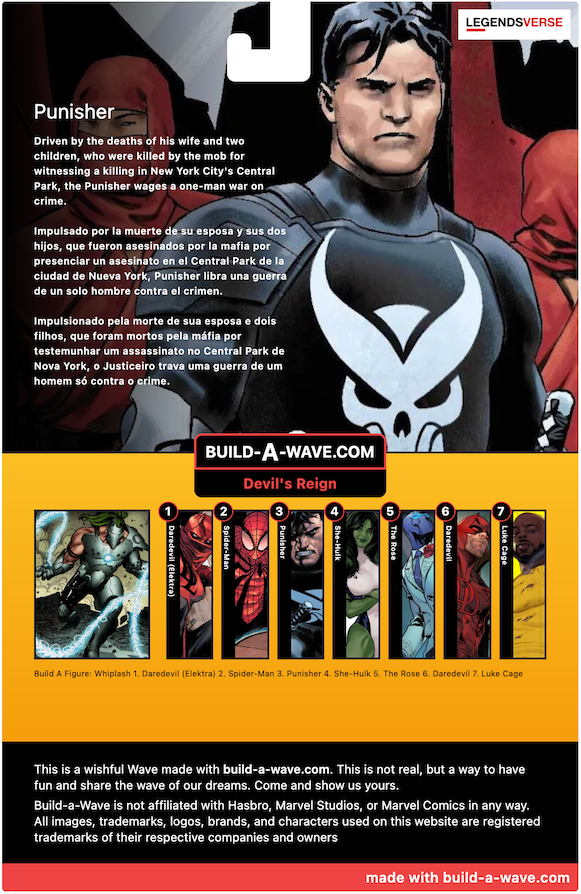 I'm all in with the new Punisher direction, so that's all I'm going to say. 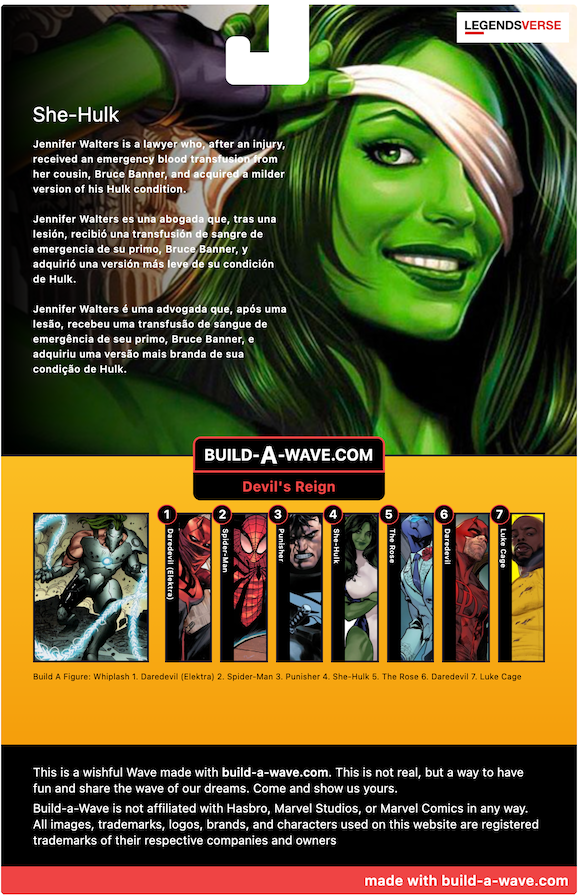 We NEED a classic She-Hulk, please Hasbro, the last She-hulk from last year was great, it really was, but we need a classic one. 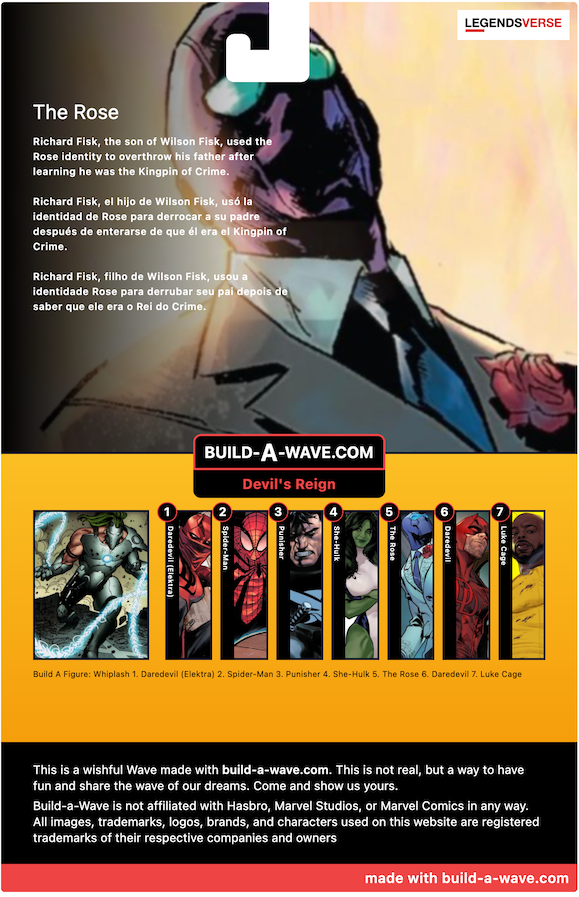 This is a B-tier character but would look definitely cool along with the Tombstone figure from the homecoming wave, or even fighting the retro kingpin.

We need an upgraded version of Daredevil with this classic red suit.

There aren't that many Luke Cage figures, and an upgraded one with his classic yellow shirt is long due.

If you want to design and share wave of your dreams with your friends and other collectors make sure to visitBuild-A-Wave.
✌