Ok, so a few weeks back I released Build-A-Wave a fun way to design your Dream Wave. I've designed a few already but haven't shared them with basicall no one. I'm changing that. So, hopefully, I'll start posting a weekly Build-A-Wave article with a Wave I would love to get, and probably some reasons as to why.

One last Bucky Cap mold please. I'd love to get an updated Bucky Cap figure. With a shining blue and a gun. I still don't own a Captain America 😢 and I'd love to get one comic version of each (Bucky, Steve, and Sam). Let's start with the coolest one.

Yeah, I know this figure has also been released but we really need an updated Iron Patriot. Last one was too small and doesn't hold up against new Iron Man figures. What do you think of an extra Norman Obsorn head with green paint the face, just like in Siege? That would be awesome don't you think?

I already shared this wave on The MLC Facebook group and a lot of people agreed on this. If we are getting Moonstone once more, we should get the original look. And this is it. One less figure to complete the Original Thunderbolts line up.

Ok, with this wave we actually would be making progress in three lineups . Dark Avengers, Ellis Thunderbolts and the original Thunderbolts. My first idea for a Swordsman figure was Jacques (Lalo Salamanca) from the Hawkeye show, but it made more sense to have Alexei here. 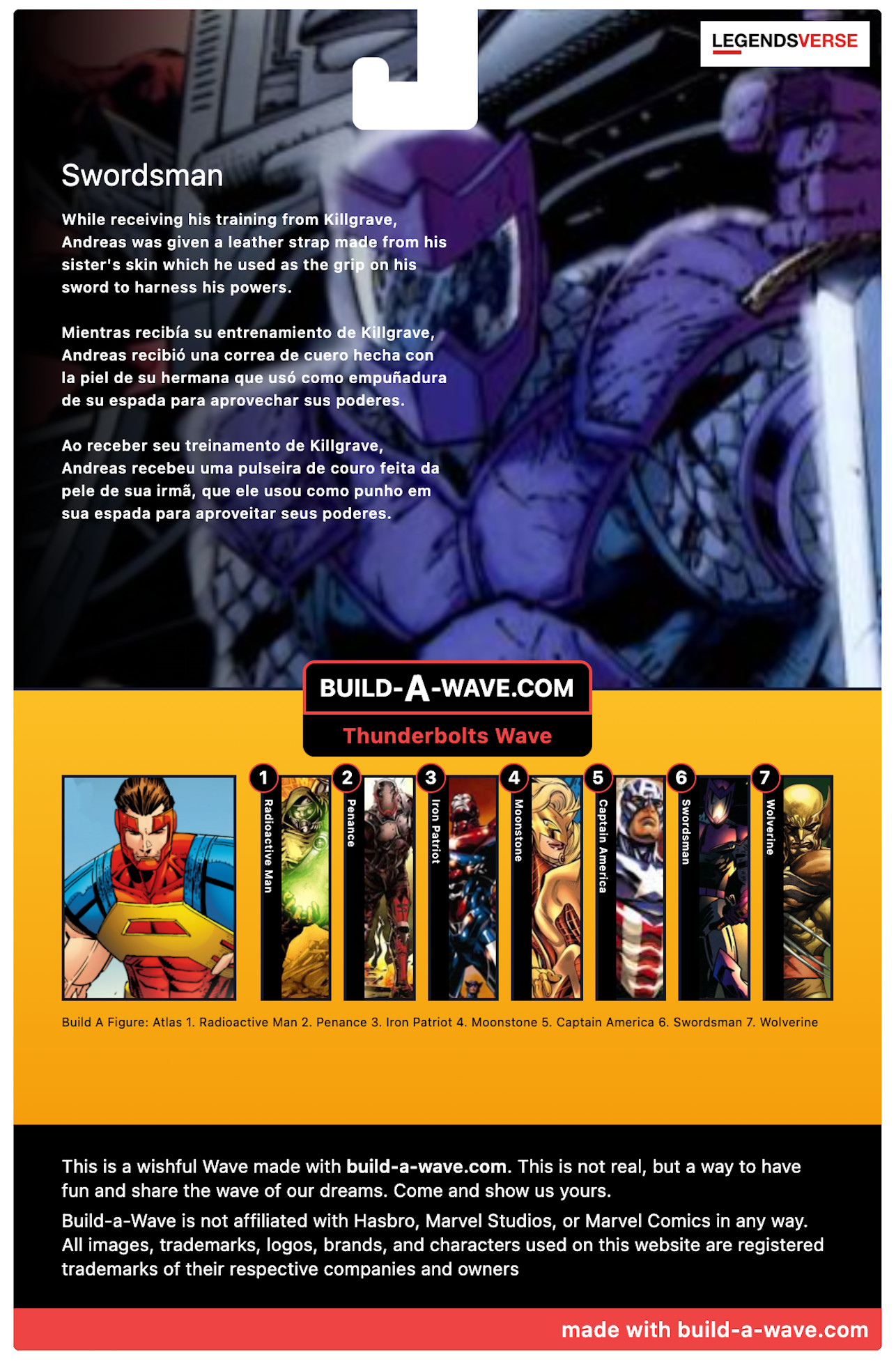 We already had a Radioactive Man I know, but it was an exclusive, and doesn't hold up to the more recent and amazing ML figures that have been released.

This is a figure EVERYBODY wants. Myself included. One more figure to complete the Ellis Thunderbolts. Probably we won't see it in a while since there are rumors we are getting a Speedball figure pretty soon.

I'd love to have an updated Daken with masked/unmasked heads. Taller than Logan and with those amazing tatoos. Hopefully his most recent appaearances in the X-Men comic books will move the needle so we can get a Dark Wolverine pretty soon 🤞🏽

And that's it. Let me know what you think!